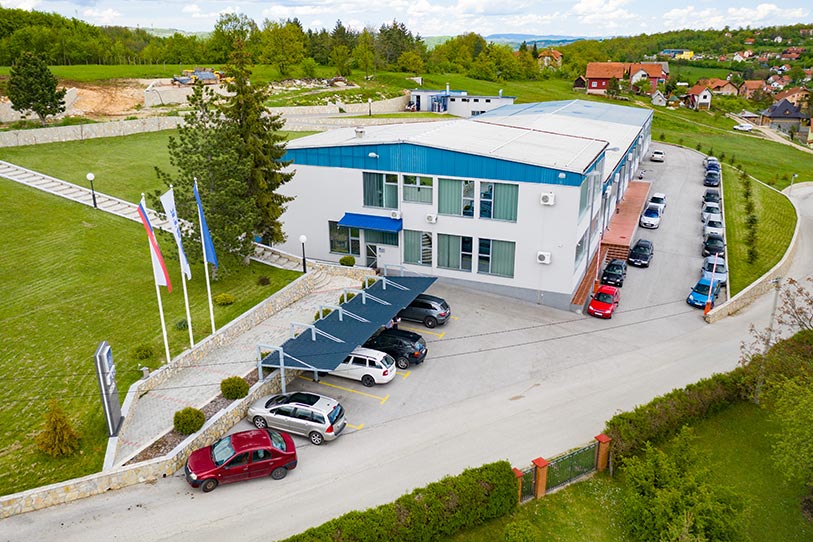 Company MTK Metal-komerc d.o.o. was established  in January 1990 as a workshop for  producing rivets and nails.
Using his long experience in the manufacture of hard metal tools, the owner Mihailo Selaković, directs the production of the special tools according to customer needs.

From 1996. MTK Metal-komerc operates as a Company for producing and sale of hard metal tools and  steel tools.

In 2006 MTK Metal-komerc bought the company "Tvrdi metal" in bankruptcy, which was part of a  great company "Prvi partizan" Užice. The carbide tools continue the long-standing tradition of tool making in the "Prvi partizan". The production orientation of powder metallurgy has led to a program for the production of hard metal tools. The first tools, drawing dies, made of hard metal, were produced in 1966. This is the beginning of the work of the hard metal factory in the "Prvi partizan”, and today's MTK Metal-komerc d.o.o.

For a short time,  MTK Metal-komerc d.о.о. grew into a modern factory. Of the approximately 90 employees, it has a significant number of professional, educational personnel of different profiles.

Very modern equipment of the world's most famous and domestic manufacturers, modern control devices, create conditions to answer even the most complex requirements regarding the complexity, accuracy and quality of the tools.
Production program is so focused that covered almost the entire product range of carbide which is now produced in the world.

For over 25 years, our products have been used by a large number of foreign and domestic customers. Through continuous engagement in conquering new products, maintaining and improving quality, MTK Metal-komerc strives to justify the gained trust. Special attention is paid to the purchase of modern CNC equipment, in order to improve the quality of products and services.

In December 2012, MTK Metal-komerc bought the company “ Rujno " in bankruptcy, in Bela Zemlja, about 6 km away from Užice. In May 2013 entire production and administration was moved to a new, renovated building. Business and production building has an area of 2500m2, with a green area of 40000m2.

02/11/2020
The "Wire and Tube" fair, Dusseldorf 2020
10/10/2020
MTK Metal-Komerc is the winner of the Užice City Certificate of Appreciation, the highest recognition for merits and actions that contribute to the overall development of Uzice.
END_OF_DOCUMENT_TOKEN_TO_BE_REPLACED